I feel a bit odd at Glastonbury, and not because you are in a tent city with 180,000 people. And strangely at home at the same time.  There is something for everyone and for me as a photographer there is a compelling photographic story from the moment you get up in the morning to when you crawl into your tent in the wee small hours.  The older acts are inspirational and this year non more than BB King at 85 and Paul Simon at 70.  There is something amazingly uplifting to see an 85 year old man playing the guitar sitting down and in front of 100k+ people.  And then you have the young acts trying to make their mark, but few will be around when they are 70 I would guess!!!

Then there are the headline acts.  U2 were outstanding however I am identifying my generation here.  Coldplay no less so.  For these events I stood up close wishing to photograph the individual artists.  For Beyonce I decided to stand back on the hill to capture the broader perspective. Eventually when I made it up the hill I was sitting on my own watching it all beneath me like a surreal model, but in real life.  The remarkable thing about this image is how clear Beyonce is on the stage.  The image reminds me of a Gursky image I saw years ago where despite having thousands of people present at the event that one key person stands out.  And so she did!!! 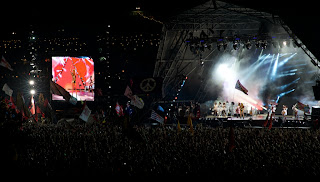 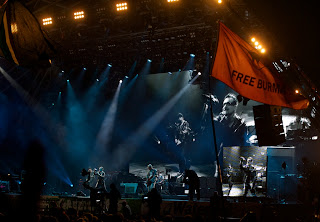 U2 - The streets with no name

BB King - The Godfather of Jazz 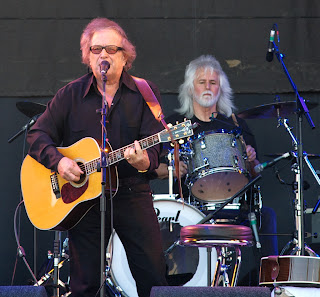 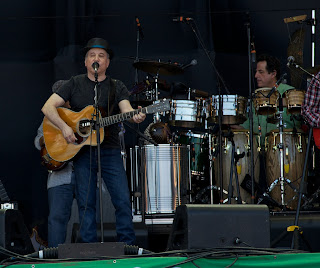 Paul Simon - The Boy in the Bubble.  An understatement to say a living legend 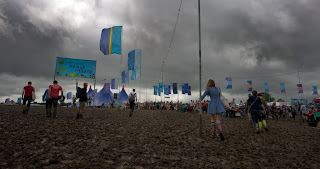 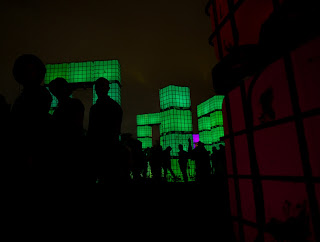