My three days in London photographing the royal wedding were unmissable.  For those that think why photograph a wedding? Then think again!!!I didn't have permission to enter the Abbey.  But the circus that developed around it was fascinating.  The worlds media were there in force and they worked themselves up into a frenzy.  Witness the cream of world "anchors" out on the streets around Buck House and the Abbey.  and the cameras everywhere and of every type.  Days of building small camera platforms for coverage and then all the hand held video camera crews roaming the street searching for the "soul" of the population.  What they found of course was a lot of unusual people many of whom had travelled from the US and Australia etc to camp out in front of the Abbey.  And on them photographers pounced.  A little like Catch 22 they could not sleep in their pop up tents because they were always being woken by CNN or CNBC or XYZ.

And then the Royals arrived and they ran a show that involved thousands of military and police and it all played out in front of us on the Mall with an energy and verve which was remarkable to observe.  And to photograph.  The Lord of the Rings like rush of the Death Eaters swept down the Mall with a determination that cannot be seen on the television screens.  The video images will move on but the still image captures the moment for posterity!!!!!

Attached are some rush images.  The important ones will come later after some reflection. 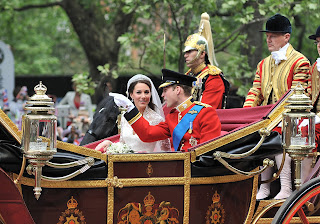 Kate and Wills on the Mall 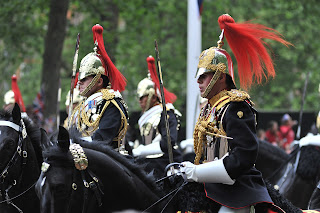 Cavalry rush down the Mall 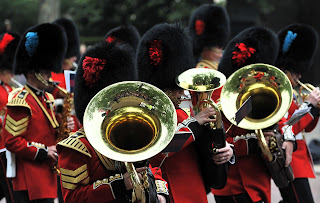 All that shinny brass not to forget the head gear 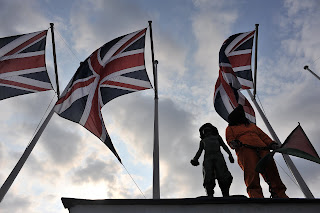 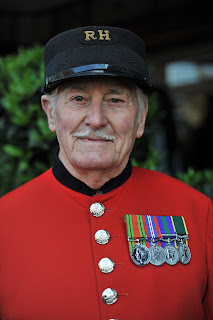 Stan Peppar 91.  Friend of the Beatles and Chelsea Pensioner 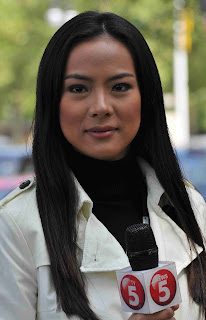 Email ThisBlogThis!Share to TwitterShare to FacebookShare to Pinterest
Labels: The Royal Wedding a Photographers Perspective